Scenes from a Louisiana oyster boat 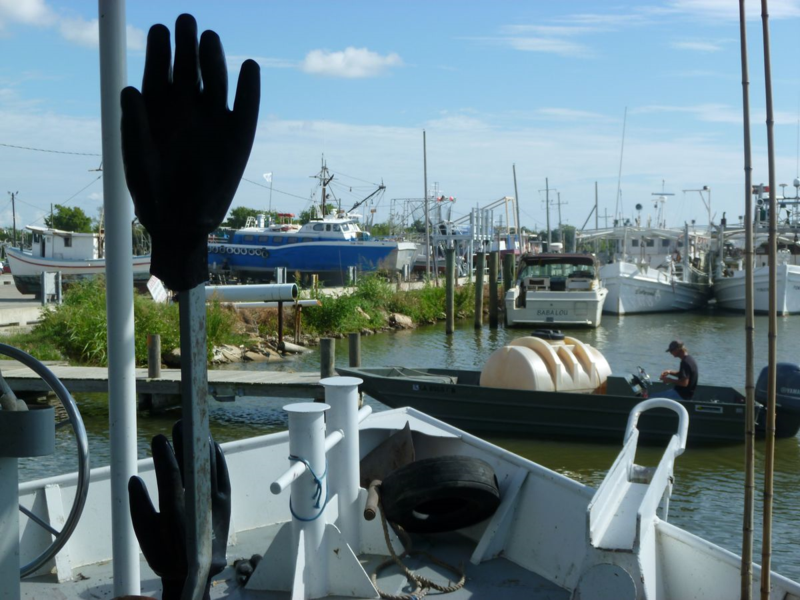 At the Society of Environmental Journalists meeting, I got to go out on an oyster boat operated by John Tesvich and his nephew, Luke. We learned about the challenges to oyster reefs, including Katrina, the BP oil spill, the low-oxygen "dead zone" along Louisiana's coast, and the proposed freshwater diversions that will build up wetlands along the coast.

Above all, oysterers want to preserve their lifestyle, and it's clear why. It's not an easy life, but it's a special one.

(All photos are my own.) 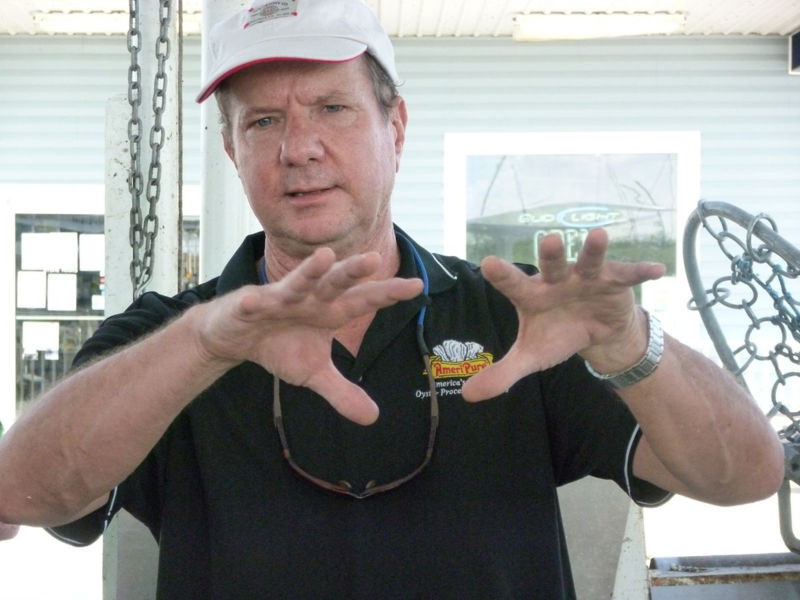 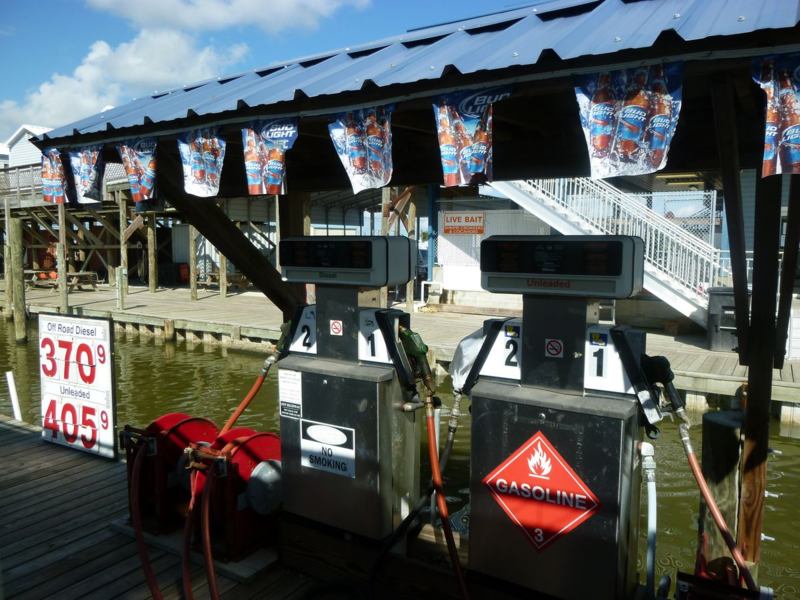 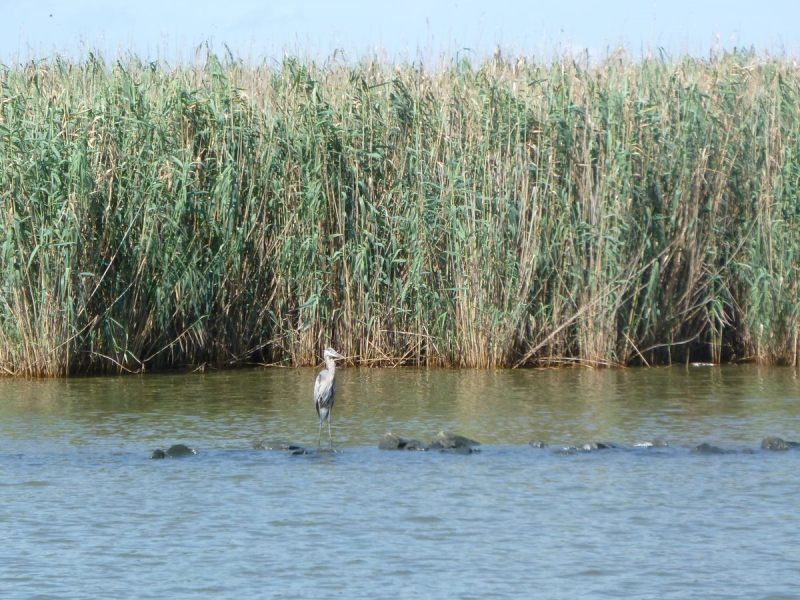 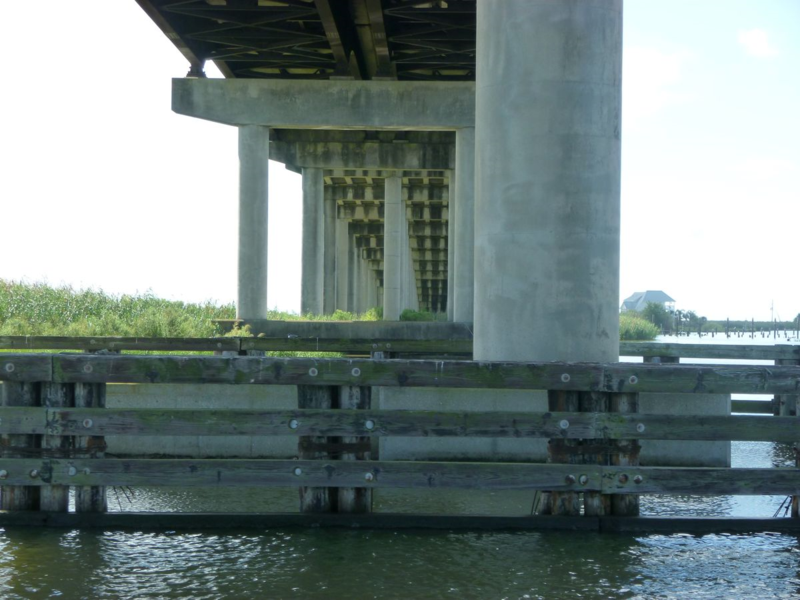 Taking a Turn on the Space Curl

I get to do a lot of cool things thanks to my job as a science journalist, but this is something that anyone can do at the Vienna Technical Museum, where I spent Yuri's Night (April 12). The Space Curl, in the museum's SPACE exhibition (until January 6, 2015), puts you inside of a gyroscope. In case it's not clear in the video, I'm controlling the Space Curl's movement, although not really expertly. According to the museum's website, it simulates the disorientation experienced in space, and NASA uses it as a training device for astronauts. I thought it was great fun, and I would love to do it again.

Thanks to Christy Reed for taking the video. I didn't know she was going to do that.

Celebrate toilets with a little bit of toilet tourism 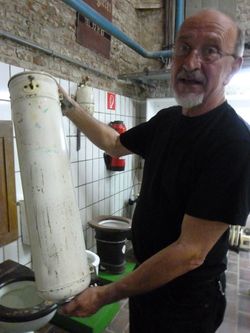 In pursuit of a story on a chilly late-summer day this year, I descended into the warm bowels of a technical school in Vienna, Austria, where teenagers can learn to be plumbers, carpenters and locksmiths. There, Kurt Pant (pictured left), a teacher in the Sanitär- und Heitzungs Technik department (commonly abbreviated as SHT), has collected historical toilets, sinks, bathtubs, and whatever bathroom installations people will donate from their basements, sheds, and abandoned buildings. He is slowly constructing life-size dioramas to illustrate how people did their business in the past.

The collection has a dozen or so vintage toilets, including one that's more than 100 years old, which is made of the highest-quality ceramic and decorated with an chinoiserie lion. He also has an American toilet that was one of many donated by the United States to Austria after World War II. It's in mint condition, since it never could be installed thanks to different pipe diameters in Europe and the United States.

This is a big year for toilets. A toilet innovator won the Stockholm Water Prize, the United Nations declared November 19th World Toilet Day, and the Gates Foundation announced the first-round winners of the Reinvent the Toilet Challenge. Oh, and I wrote this story about toilets for Nautilus magazine. I suggest we all celebrate this Miracle Year of toilets by engaging in a little bit of toilet tourism. I found my visit to Vienna's Sanitation History Museum quite enlightening, and it turns out that there are many toilet tourism destinations around the world. Here are a few you could try: 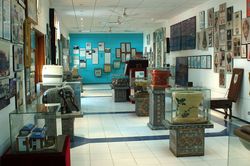 New Delhi, India -- Sulabh International Museum of Toilets
This museum (pictured right) documents the sometimes weird history of how we go, with the noble goal of raising awareness of the importance of toilets, especially in India, and breaking down the taboos that stand in the way of progress. You can see plenty of photos in this story from the UK's Daily Mail.

Suwon, South Korea -- Restroom Cultural Park
The newest toilet-themed museum, this complex is in the hometown of Samsung. I think the sculpture garden of squatting figures looks great. The BBC did a video report on it.

Gmunden, Austria -- Klo & So, the Museum of Historical Sanitation Ceramic
This area was a center of ceramic production, and that included ceramic for toilets. Here you can see the rich decoration on early toilets. The decoration ultimately disappeared because people feared that it could hide dirt. 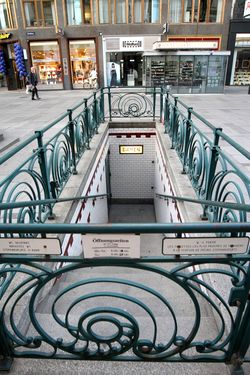 Vienna, Austria -- Graben Toilets
Vienna is home to one of the world's greatest public bathrooms, the 19th century Wilhelm Beetz loo in the Graben in the city center (photo on left from PictureObelix on Wikimedia Commons). I visited it for the first time while researching the Nautilus story, and wow. I will be taking all future tourists there.

City of Industry, California, USA  -- Magic Restroom Cafe
As I was researching and writing the Nautilus story, I came to the realization that toilet news is everywhere -- we just don't notice it most of the time. This gem came to me by way of Gina Pace, a former fellow fellow and hilarious food and wine writer for the New York Daily News. A Taiwanese chain is testing the concept of a toilet restaurant in southern California. The chairs are toilets, the plates are mini-toilets, and I assume the toilets are toilets. I'm not going to make a special trip, but I wish them luck.

Do you know of other toilet tourism sites? Let me know and I'll add them.

The morning after the opening party of the Vienna Design Week, the event's organizers were feeling, quite understandably, a little rough. But they had scheduled a press tour for 10 a.m., so they rallied, leading us on a journey through several of the festival's 47 locations.

The exhibits in the festival are eclectic. Some are purely theoretical, others are already commercially available. On the commercial side, I was taken by the products from Buzzispace. The company is deeply offended by excess noise -- in particular, reverb. I happen to share that sentiment; I still get enraged when I think about noise levels in New York City. (Why don't taxis have to disable their horns when they enter Manhattan? Why is the music so loud in restaurants that it makes everyone  scream over it?) To combat unwanted noise, Buzzispace has designed sound-absorbent, felt-like materials out of recycled PET plastic and recycled wool. These are used to construct cool furniture for offices and, to a lesser extent, homes (like the lamps in the photo above, or the pouf to the right, occupied by Vienna Design Week co-organizer Lilli Hollein). Buzzispace's prices are a little daunting, but the exhibit, in the festival's center in the fourth district, inspired me to put more fabric into my high-ceilinged, echoey apartment. The Kunstraum Niederoesterreich, located in Vienna's center, exhibited another project inspired by concerns about the environment. Called "I love Brot," the artist, Kathrina Dankl, took old bread from a bakery, which would otherwise get thrown out, and baked it again into bread chips. Visitors are invited to take a bag of chips, taste them, and then pass judgment by putting a chip into one of three slots: "good," "has potential," or "not to my taste." I was impressed: I ate my vote.

I got the biggest kick out of a third exhibit with a related, "upcycling" theme. The Souvenir Transformation Center, by students from the Kunstuniversitaet Linz, takes on the stuff you have sitting around -- you know, the objects you don't have any use for but that you also can't get rid of due to se ntimental value or maybe just hoarding tendencies. At the Souvenir Transformation Center, you place the object on a conveyor belt, which transports it into a big white box (in fact the proverbial "black box," since what's inside is a secret). Some unspecified amount of time later it emerges on the other side in a new form, sealed in a vacuum pack. "You have the chance of freeing yourself from the material things of the past and reliving your relationship to the object afresh," the catalog declares. "Transformed" objects I saw included a necklace, a teapot, an apple, and an Eiffel Tower souvenir (photo left).

Vienna Design Week is an annual affair. This year it continues until October 6. I hope to go see more of it before then.

(All photos except the first, which is from Buzzispace, are mine.)

The largest subterranean lake in Europe 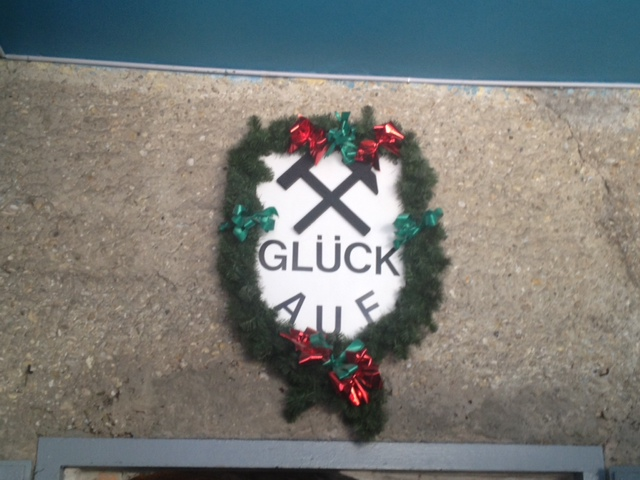 Some people go to the pool when it's hot; my friends and I go to a cave. What the Seegrotte Hinterbrühl, just 17 kilometers from the center of Vienna, lacks in beauty and wildlife, it makes up for in pure cold. Inside, it's 9 degrees Celsius all year round.

Not that the Seegrotte is completely ugly, though some of its history is. Its existence began in the late 1800s when miners dug it out in order to extract grey and red gypsum for fertilizer. So it's not really a cave at all, but a mine. Mining is a dangerous business; so much so that the traditional miners' greeting in Austria is "Glück auf!" a wish for luck. Mining can also be a sad business. The guide informed us that the horses used by the miners lived their whole lives underground, ultimately leading to blindness. 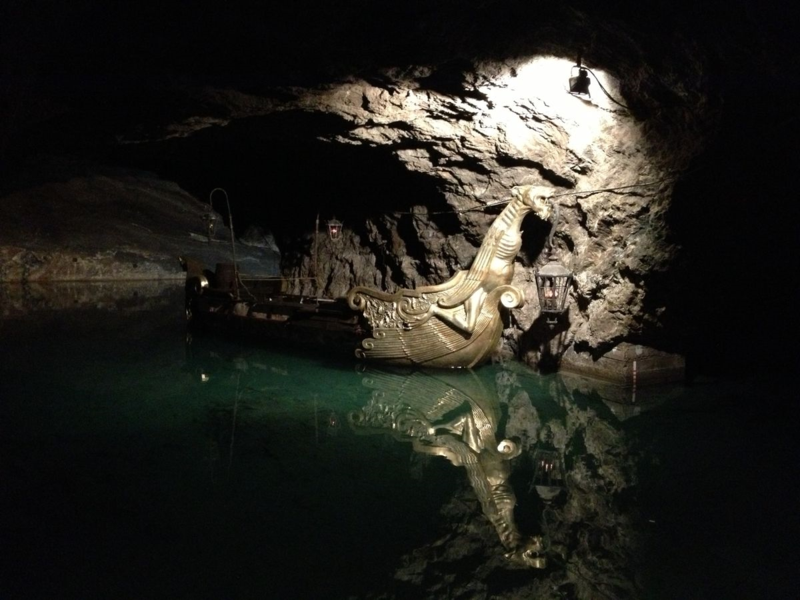 In 1912, the miners accidentally blasted through a wall that was holding back water. The result was that 20,000,000 liters flooded in, putting an end to the mining and creating the largest underground lake in Europe -- 6,200 meters in area and up to 12 meters deep. Twenty years later, the first tourists entered the cave. It is erily lovely -- the still, lifeless waters glow blue under artificial lights.

Disney decided to film parts of the 1993 movie The Three Musketeers there, and they left behind a spooky gilded boat and the set for D'Artagnan's prison. The boats that took us along the lake were more plain and practical than the movie version, but that's a good thing -- some tourists drowned in 2004 when an older style of boat overturned.

But that unfortunate accident is not even the most haunting thing about the Seegrotte. During the Second World War, the Nazis used the cave as an airplane factory. Concentration-camp prisioners were forced to work there, assembling parts for the first jet plane, which never went into use. At the end of the war, the German armed forces destroyed the factory, but quite a few airplane parts remain and are on display. Working in that cold, dark place must have been miserable.

Not having done my homework in advance, I went to the Seegrotte expecting bats or eyeless fish. What I found instead were ghosts.