Operating instructions: A haiku of gratitude
Waste Not: A new project supported by the European Journalism Centre

I was a scientist (OK, maybe more like a lab assistant) for 10 days 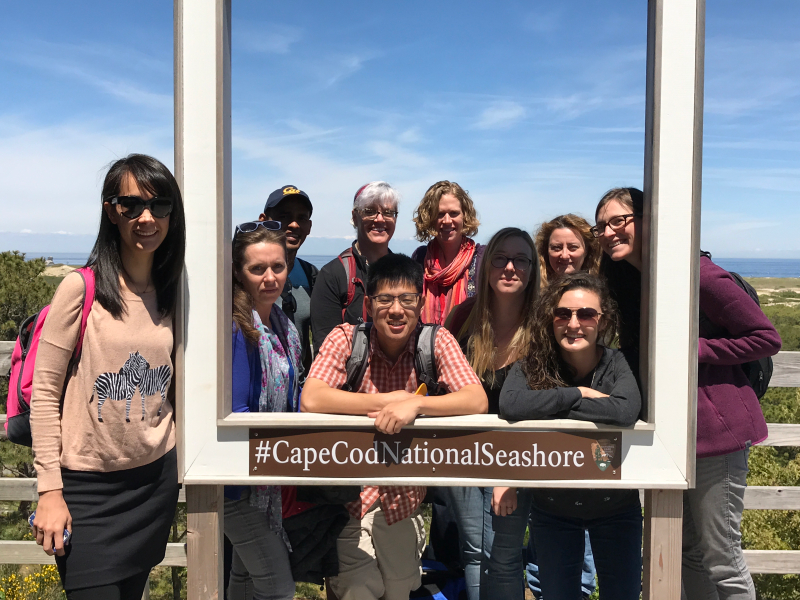 Some of the fellows (from both the biomedical and environment tracks) on a field trip in Cape Cod. (Credit: Diana Kenney)

I loved school. That's one reason why I became a science journalist--so I could keep learning a wide variety of new things at a breakneck pace. And I do! But school was so much more, um, organized, supervised, and full of positive feedback than journalism is. These days, when I'm deep in the muck of a complex story (as I am right now), I still miss that.

Recently, I found a way to get my fix. The Marine Biological Laboratory in Woods Hole, MA, hosts the Logan Science Journalism Program, which treats journalists as scientists for 10 days. I went on the polar program to Toolik Field Station in Alaska in 2010; this year, I was in Woods Hole for the biomedical program (there is also an environmental track). Under the careful watch of two scientists and two teaching assistants, six of us pipetted, centrifuged, microscoped, and made Powerpoint presentations. Yes, we gave PowerPoint presentations. This is me saying that aneuploidy is a bad thing.

It was all the things I used to love about school, and, in some ways, it was way better. Classroom labs usually try to lead students to an answer that is already known, which makes them anticlimactic. But in our MBL labs, we didn't know what we would find, and neither did our teachers. It was as if they had up and moved their labs to Woods Hole for two weeks and hired us on as lab assistants. As a result, the results thrilled us--even if they wouldn't thrill you (that's why I'll spare you the details, as well as spare myself the pain of writing them out).

One of our teachers complimented us at the end, saying that we would make good scientists. Of course, we know that. Most of us chose journalism because that's what we want to do, not because we think we couldn't hack it in other fields. (Secretly, we may even think that most scientists couldn't hack it as journalists.) This program didn't make me doubt my choice of career, but it did give me a new appreciation for the thrill of the scientific hunt, which is not so different from the thrill of the journalistic hunt after all. We're after the truth, just with different tools. 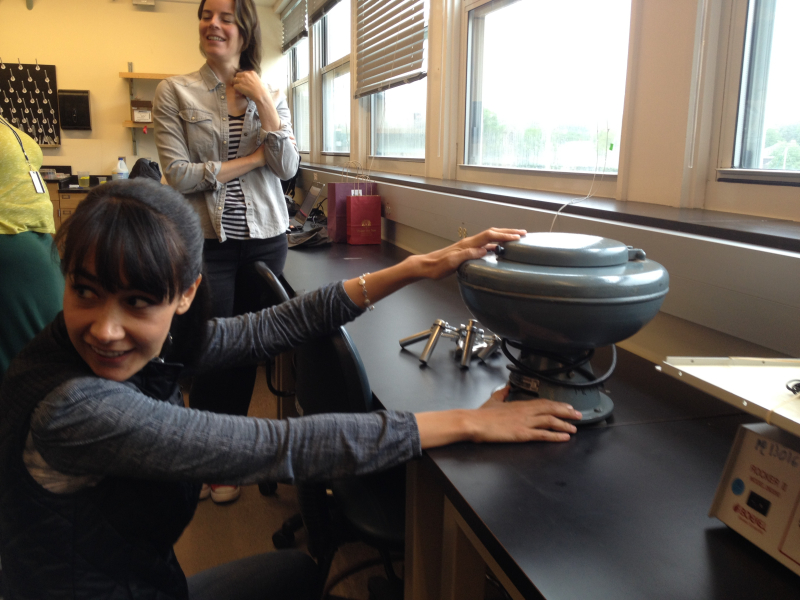 Our teaching assistant shows us how to use an old centrifuge safely.

Great synopsis. Oh how I miss being a lab assistant with you!

Me, too, Regan! Another thing that I sometimes miss as a freelancer is working with people in person. What a great pleasure teamwork can be.

Is it weird to be jealous of someone being a lab assistant for two weeks? I can't say what kind of scientist you would make, but journalism is definitely in your blood. Loved this!