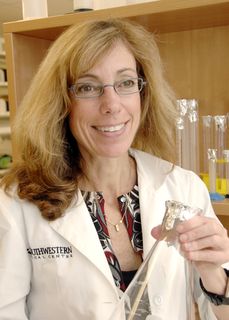 In the past few weeks, I've written two stories about cohorts of scientists who are trying to change the way science is done. The first, co-written with friend and colleague Corinna Wu and published in Science, is about a movement to incentivize (or perhaps even require) scientists to use more female mice and rats in basic research. They believe that this will lead to better medicine for both women and men.

Corinna and I first became aware of this issue thanks to Deborah Clegg's talk at the 2009 CASW conference in Austin, TX. (Here's the video; the talk was about something else, but she hinted at the dearth of male subjects in basic research.) During a one-on-one conversation later that day, Debbie (pictured in the photo from the UT Southwestern Medical Center) told me that she started using females completely by accident. It was her first day of graduate school, and her adviser told her to go grab some male mice (or rats, I don't remember) for an experiment. She thought she knew what the males looked like, but she didn't, and she grabbed females instead. She decided to stick with them, though, and soon became one of the leading researchers on estrogen.

She's got other good stories, too, which come out in this Q&A I did with her for Under the Microscope several months ago. 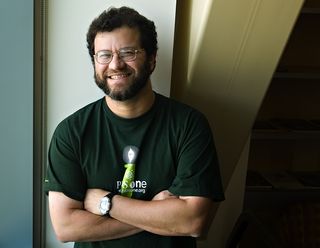 The second story I recently wrote (this time for Science Careers) is on the Open Science movement (photo here is of Jonathan Eisen by Karin Higgins). Advocates of Open Notebook Science and Open Data say that publicly funded science should be totally transparent -- "no insider information" is the motto. The day it was published, I initiated what turned out to be a fascinating discussion about it on FriendFeed. The discussion ranges from practical tips for practicing Open Notebook Science to the parallels between science and journalism.

Will these movements get some traction? I don't know. If there's one thing that I've learned about scientists in all these years, it's that they don't like to be told how to do their science.